Amazon Mechanical Turk (MTurk) is a crowdsourcing system in which tasks are distributed to a population of thousands of anonymous workers for completion. This system is becoming increasingly popular with researchers and developers. In this paper, we survey MTurk workers about their demographic make-up and usage behavior. We find that this population is diverse across several notable demographic dimensions such as age, gender, and income, but is not precisely representative of the U.S. as a… Expand
nhlrc.ucla.edu
Share This Paper
140 Citations
Highly Influential Citations
9
Background Citations
47
Methods Citations
4
Results Citations
8

SHOWING 1-10 OF 12 REFERENCES
Crowdsourcing user studies with Mechanical Turk
Moving the crowd at iStockphoto: The composition of the crowd and motivations for participation in a crowdsourcing application
Cheap and Fast - But is it Good? Evaluating Non-Expert Annotations for Natural Language Tasks
Towards a model of understanding social search
Learning to Trust the Crowd: Some Lessons from Wikipedia
Labeling images with a computer game
Utility data annotation with Amazon Mechanical Turk
Crowdsourcing for relevance evaluation
AI Gets a Brain
Mechanical Turk: The Demographics. A Computer Scientist in a Business School
...
1
2
... 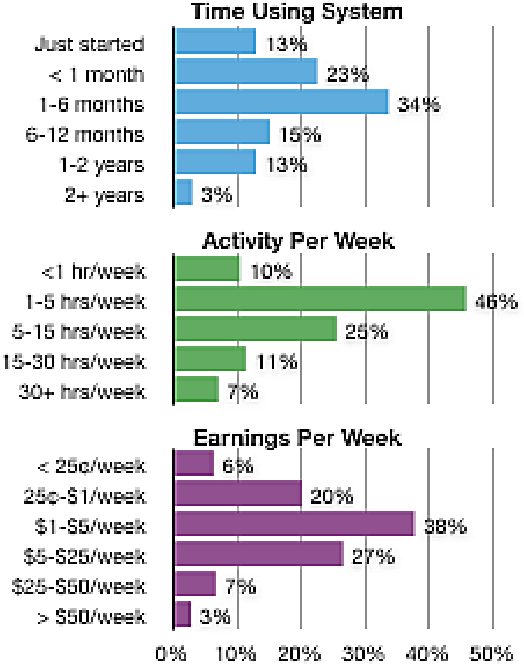