Materializing Authority: The Church of Saint Sava in Belgrade and Its Architectural Significance

When Sinan-Pasha burned the mortal remains of Saint Sava and scattered the ashes around, he was certainly aware of the power of mortal strength which is invariably feared and finally succumbed to by a physical one. What he failed to foresee was the surrender: he failed to see that out of each particle of Sava’s ashes a new avenger of Kosovo was going to grow, and that the site of Sava’s fire was to become one where the capital of an independent Serbian principality was to rise in pride as the… Expand
View via Publisher
Share This Paper

SHOWING 1-10 OF 10 REFERENCES
Nationalism and Architecture: The Creation of a National Style in Serbian Architecture and Its Political Implications
The Counter-Monument: Memory against Itself in Germany Today
L’église de Saint-Savas à Belgrade
The new European diasporas : national minorities and conflict in Eastern Europe
Nationalism and Architecture
Looking at the Renaissance: Essays toward a Contextual Appreciation
Six Byzantine Portraits
The modern cult of monuments: its character and its origin
Gracanica: King Milutin's Church and Its Place in Late Byzantine Architecture
New architecture and city planning : a symposium 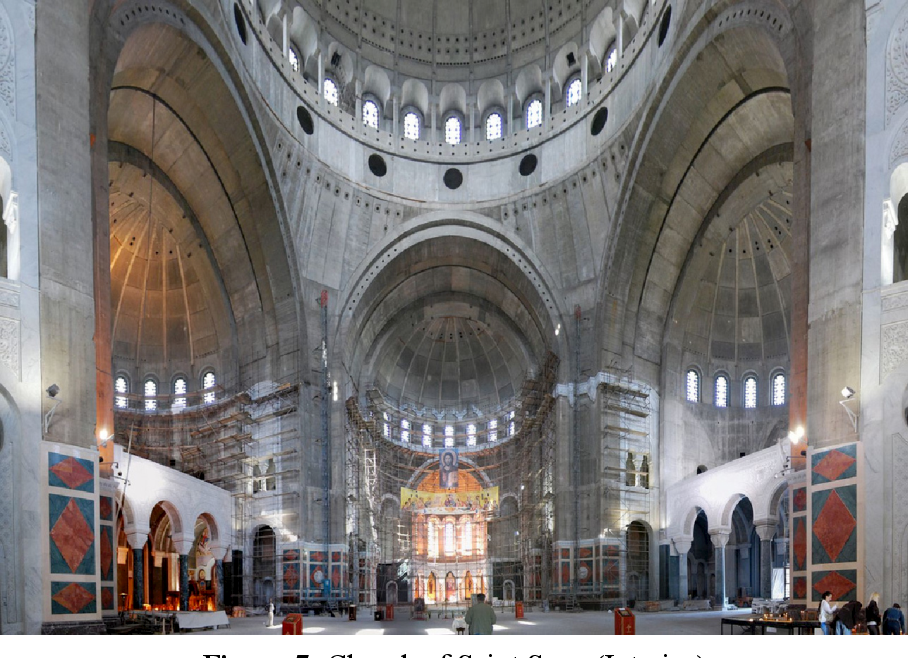 Materializing Authority: The Church of Saint Sava in Belgrade and Its Architectural Significance