Deconstructing the relationship between genetics and race

The success of many strategies for finding genetic variants that underlie complex traits depends on how genetic variation is distributed among human populations. This realization has intensified the investigation of genetic differences among groups, which are often defined by commonly used racial labels. Some scientists argue that race is an adequate proxy of ancestry, whereas others claim that race belies how genetic variation is apportioned. Resolving this controversy depends on understanding… Expand
View on Nature
user.xmission.com
Share This Paper
279 Citations
Highly Influential Citations
12
Background Citations
106
Methods Citations
10
Results Citations
7

Figures and Topics from this paper

SHOWING 1-10 OF 93 REFERENCES
Race, ancestry, and genes: implications for defining disease risk.
TLDR
There are ways in which the concept of race can be a legitimate tool in the search for disease-associated genes, but in that context race reflects deeply confounded cultural as well as biological factors, and a careful distinction must be made between race as a statistical risk factor and causal genetic variables. Expand
Race, ethnicity, and genomics: social classifications as proxies of biological heterogeneity.
TLDR
The burden of showing the scientific utility of racial and ethic identities in the construction and analysis of genomic resources falls on researchers, which requires that genetic researchers pay as much attention to the social constitution of human populations as presently is paid to their genetic composition. Expand
Human population genetic structure and inference of group membership.
TLDR
These results set a minimum for the number of markers that must be tested to make strong inferences about detecting population structure among Old World populations under ideal experimental conditions and note that, whereas some proxies correspond crudely, if at all, to population structure, the heuristic value of others is much higher. Expand
Population genomics: a bridge from evolutionary history to genetic medicine.
TLDR
Some of the general patterns of human genetic variation are reviewed, and it is shown how knowledge of these patterns can aid in the mapping and cloning of disease-causing genes. Expand
Racial Meanings and Scientific Methods: Changing Policies for NIH-sponsored Publications Reporting Human Variation
TLDR
This article explains tensions in U.S. government guidelines and publications on the study of human genetic diversity, points out the absence of any compelling public health benefits that might justify this research, introduces conceptual tools for addressing the complicated heuristic and policy problems posed by medical population genetics, and offers two policy proposals to remedy the current problems. Expand
Categorization of humans in biomedical research: genes, race and disease
TLDR
An epidemiologic perspective on the issue of human categorization in biomedical and genetic research that strongly supports the continued use of self-identified race and ethnicity is provided. Expand
Identity and genetic ancestry tracing
TLDR
In this chapter, a geneticist at Howard University has announced plans to offer commercial genetic ancestry tracing to African-Americans who want to trace their genetic lineage back to the areas of Africa from which their ancestors were captured and brought to America as slaves. Expand
Toward a New Vocabulary of Human Genetic Variation
TLDR
Researchers are asked to carefully consider for what purpose they are using race, to define and use the term consistently, and to be aware that race is not a fixed biological entity, but only one way among many to describe human variation. Expand
Patterns of human genetic diversity: implications for human evolutionary history and disease.
TLDR
Comparative studies across ethnically diverse human populations and across human and nonhuman primate species is important for reconstructing human evolutionary history and for understanding the genetic basis of human disease. Expand
Human genetic diversity: Lewontin's fallacy.
TLDR
It has been proposed that the division of Homo sapiens into these groups is not justified by the genetic data, because most of the information that distinguishes populations is hidden in the correlation structure of the data and not simply in the variation of the individual factors. Expand
...
1
2
3
4
5
... 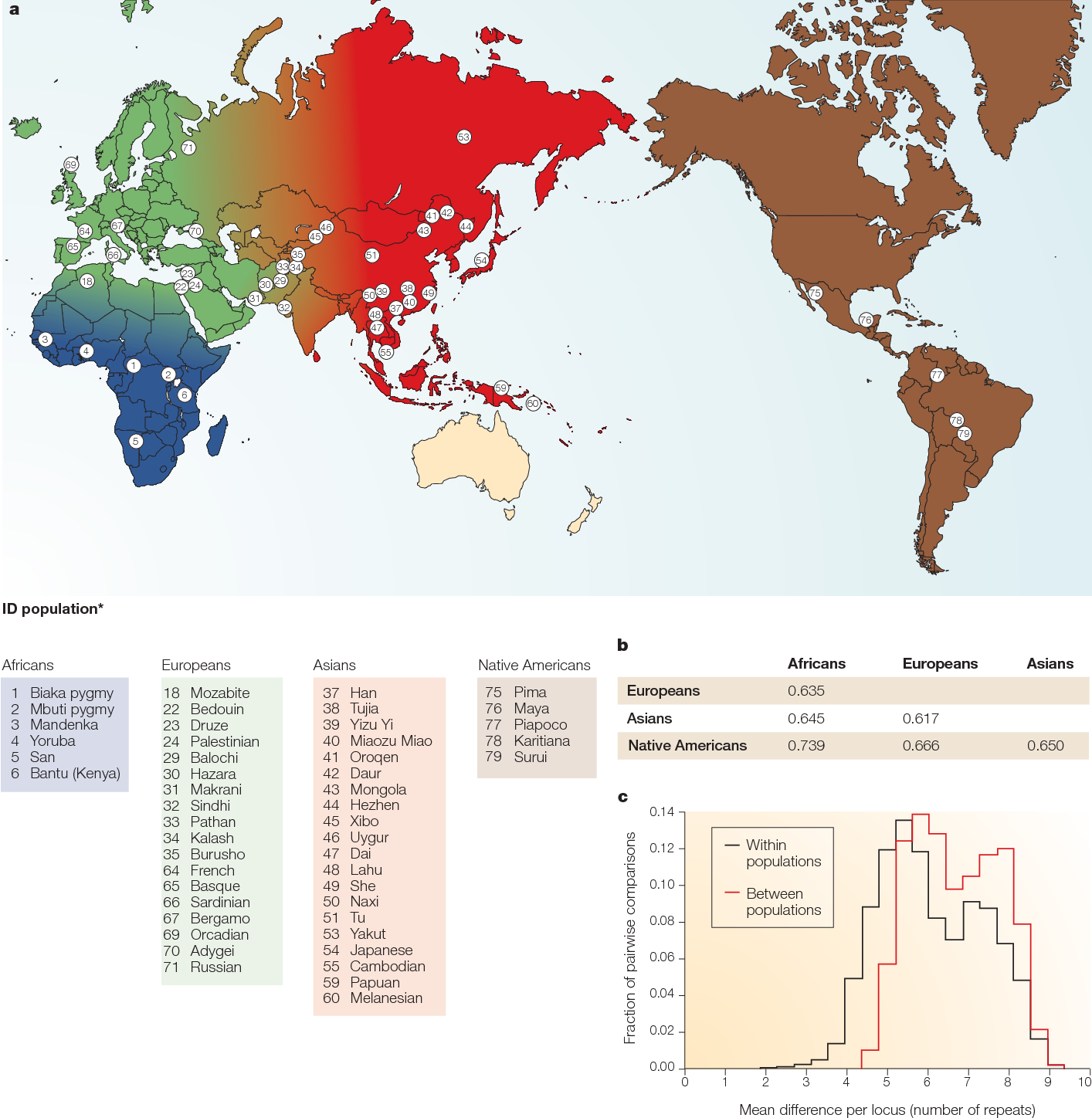 Figure 2 | Comparison of genetic differences among individuals in different ‘racial’ populations. a | Map of the world illustrating the geographical boundaries that historically have been used to classify populations… Expand

Deconstructing the relationship between genetics and race