The last-instar nymph of Alcmeone robustus (Butler, 1877) (Membracidae, Darninae, Darnini) is described and illustrated, and some biological and behavioral notes are provided. The nymphs were observed on Pera sp. (Euphorbiaceae) in the locality of Jacarei, state of Sao Paulo, Brazil, until they became adults. The newly emerged adults, male and female, are also briefly re-described.
View PDF
Share This Paper
2 Citations

Immatures of the New World treehopper tribe Amastrini (Hemiptera, Membracidae, Smiliinae) with a key to genera
Contribution to the taxonomy of the family Membracidae Rafinesque (Hemiptera: Auchenorrhyncha) in Colombia. 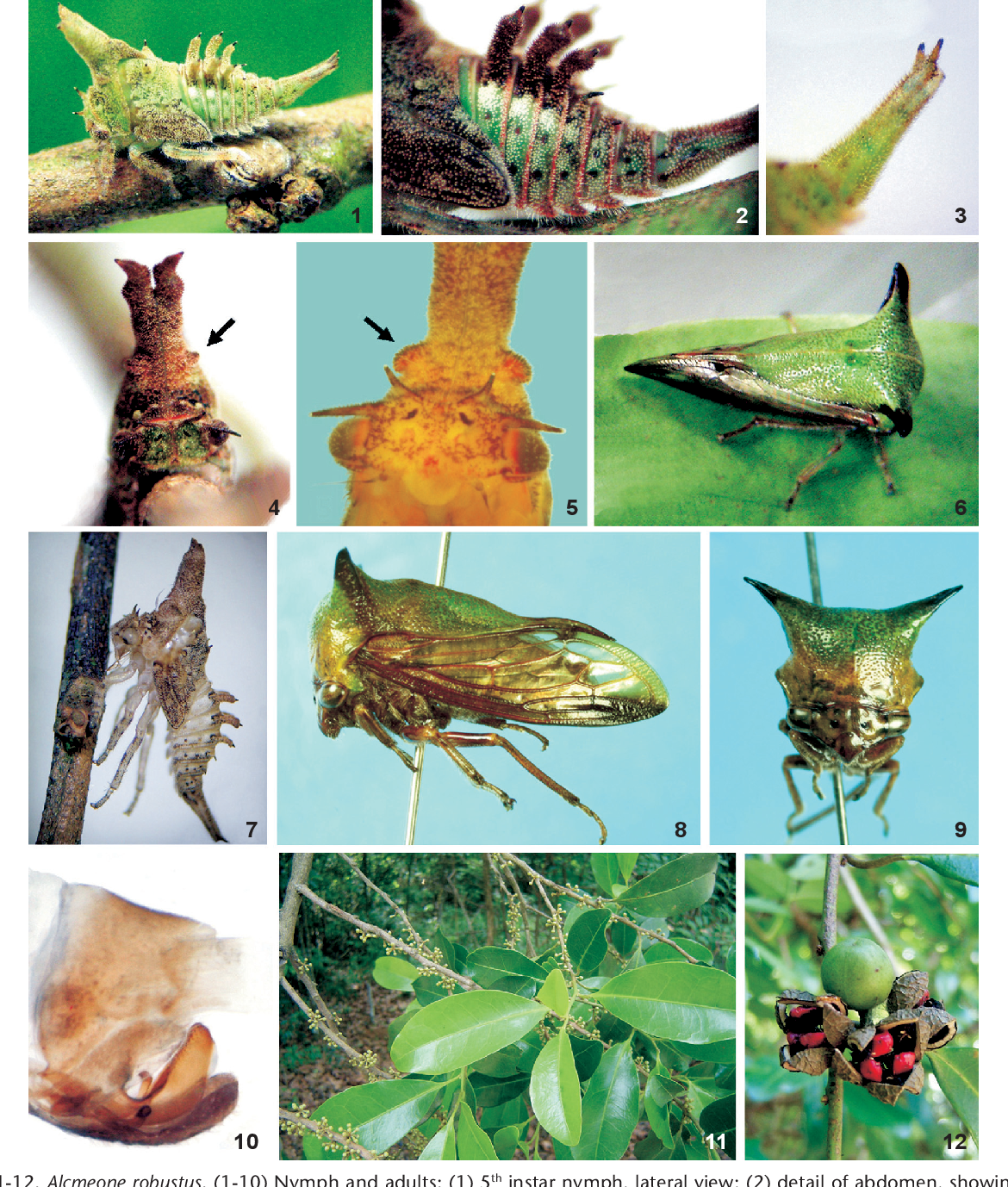