Camptocormia is a gait disorder, characterized by hyperflexion of thoracolumbar spine which increases on walking, and disappears in the supine position. A 48 year-old man developed progressive gait deterioration for one year and slight weakness and tremor of both hands for five months. It eventually became apparent that the patient had motor neuron disease, as well as symptoms of extrapyramidal disorder.
View PDF
Share This Paper
18 Citations
Background Citations
3

Camptocormia as a presentation of generalized inflammatory myopathy

The first case of generalized inflammatory myopathy with prominent camptocormia and proximal muscle weakness is described, and the posture showed modest improvement in response to steroid treatment.

Camptocormia in a patient with Parkinson disease and a myopathy with nemaline rods.

A 77-yr-old male patient who was followed up with the diagnosis of rheumatoid arthritis for 2 yrs was admitted with progressive gait deterioration and hyperflexion of trunk, disappearing in supine position, was detected and diagnosed as camptocormia.

Camptocormia and dropped head syndrome as a clinic picture of myotonic myopathy.

Camptocormia in Parkinson disease may represent a form of dystonia and can be treated effectively with chronic pallidal neuromodulation, as well as with antiparkinsonian and muscle relaxant medications.

Etiologic classification of camptocormia is proposed and it is concluded that this heterogeneous disorder has multiple etiologies and variable response to systemic and local therapies.

Differential diagnosis of camptocormia subtype may be useful for an accurate classification and for an appropriate treatment in patients with Parkinson disease.

Botulinum toxin in the treatment of tremors, dystonias, sialorrhea and other symptoms associated with Parkinson’s disease

Conditions reviewed in this paper include hand and jaw tremor, dystonia, blepharospasm and apraxia of eyelid opening, bruxism, camptocormia, freezing of gait, sialorrhea and constipation, and other conditions associated with Parkinson's disease.

The emerging concept of “ALS plus” is characterized by the presence of atypical clinical features, e.g. extrapyramidal signs or dementia, in association with the classical phenotype of ALS.

This study argues against a major role of LINGO1 gene variations for PD, as no association could be found between genotype or allele counts and PD, and a subgroup analysis in tremor‐dominant patients with PD reveal a significant association.

Eight patients with presumed idiopathic Parkinson's disease who developed camptocormia are described for the first time, and this impressive abnormal posture emerged 4–14 years from disease onset, and in some patients stooped posture was the prominent symptom at diagnosis.

[Camptocormia--segmental dystonia. Proposal of a new definition for an old disease].

Four patients with typical symptoms of camptocormia who present with the clinical and electromyographical criteria of a segmental dystonia of the abdominal wall muscles are described.

The case of a 63‐year‐old man with idiopathic Parkinson's disease who developed kyphosis and a severe forward flexion of the thoracolumbar spine indicates that camptocormia can be mimicked by focal myositis of paraspinal muscles and must be included in the differential diagnosis, especially when additional symptoms as inflammatory signs or weakness are present.

[An unrecognized cause of camptocormia: proximal myotonic myopathy].

This condition should be entertained as a possible cause in patients presenting an apparently primary camptocormic syndrome, based on clinical findings: myalgia and diffuse pain, gait disorders and progressive weakness of proximal muscles.

[Camptocormia in the elderly patient: myopathy or muscular dystonia?].

Findings suggest that camptocormia may be the consequence of a disease of spinal muscles, and the terms "muscular dystrophy" and "mitochondrial myopathy" occasionally used seem inappropriate in view of the lack of specificity of the lesions.

A Review of Camptocormia and an Unusual Case in the Female

An unusual case of camptocormia in a female is presented to illustrate one psychologic basis and one form of effective treatment of this disorder.

Four elderly women with myopathies manifesting with isolated or predominant involvement of the paraspinal musculature are reported on, suggesting that these clinically distinct syndromes are caused by a primary tardive myopathic condition predominantly affecting the entire axialMusculature.

This case corroborates the myopathic nature of this syndrome and describes the case of a 72-year-old woman with a progressive bent spine initiated at the age of 55.

Showing 1 through 3 of 0 Related Papers 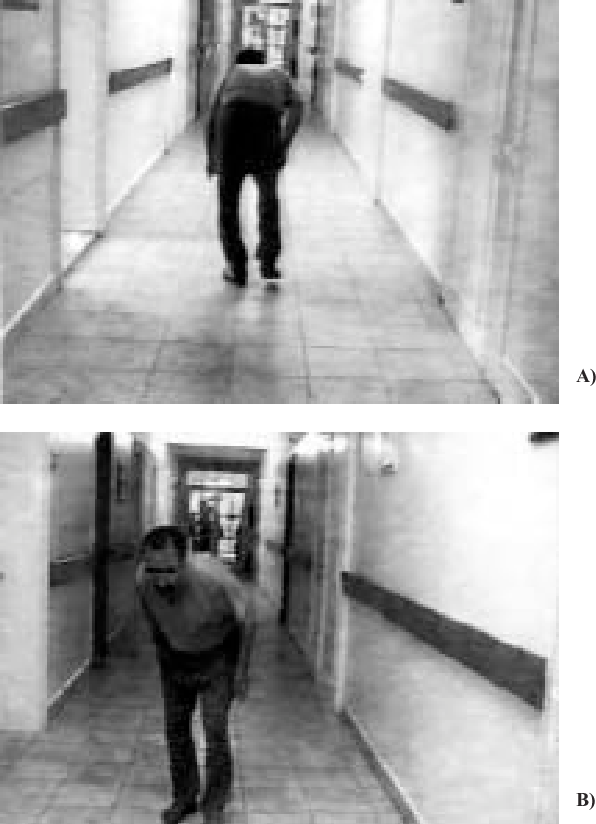